Pacifica State Beach located just off of Highway 1 in downtown Pacifica is the perfect place to decompress from the week. 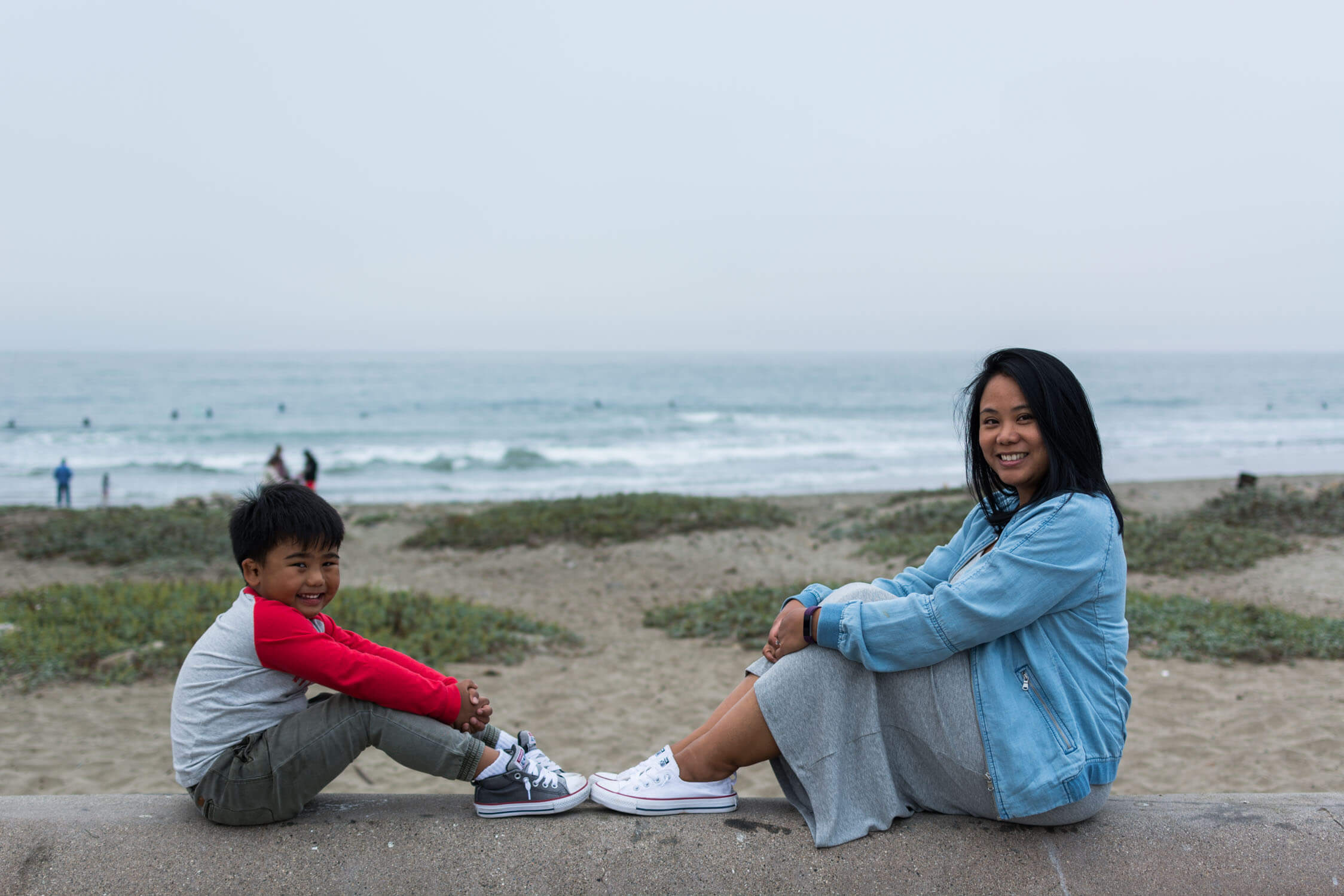 Do you ever have those moments where you get in a funk thats really hard to get out of? Sure you  do. Everyone has those moments. Well lately, I’ve been feeling a little blah. Maybe its the heat that we’ve been experiencing in the Bay Area (even though its officially Fall now) or the fact that my family is now knee deep in a routine. My weekdays are consumed with school drop offs, pick ups, grocery shopping, cooking, laundry, bathing, cleaning, and repeat. And I know how I get when things get too routine for me. I get bored and I start to get antsy. Really antsy. So last week, I said, you know what, instead of moping around about the mundane day to day tasks that we all have to do, let’s all do something out of the norm. So we got out of the house and ventured off for a drive and found this magnificent beach called Pacifica State Beach. It’s located South of San Francisco off of Highway 1 in downtown Pacifica. We had no idea this even existed until we found it on Yelp.

We came during sunset and it was pretty cloudy that day so we didn’t catch a good sunset but, the waves sure did look pretty. They were rough and turbulent that day which is enticing to surfers. It’s so awesome to watch so many people in the ocean surfing, even in the cold temperature of the water. That’s true dedication right there. Pacifica State Beach is dog friendly too. We saw a lot of people going for a run with their pups or just playing with them near the water.

And the best part? There is a Taco Bell right on the beach with the best view! It’s the nicest Taco Bell I’ver ever seen and can be mistaken for a sit down fancy restaurant overlooking the beach. It’s the craziest thing. Don’t have high expectations with the food though, it’s still Taco Bell.

We saw groups of people having picnics, building sand castles, and starting bon fires. It wasn’t crowded the day we went but I’m sure on a  clear, warm day, this beach gets packed! The parking is very convenient. The parking lot is close to the beach but there is a fee so make sure to find a kiosk and pay for parking before you head out.

We had fun just hanging out, watching the surfers and snapping pics. My son was busy finding rocks to add to his collection. I adore him and love how he finds pleasure in the simplest things.

I would definitely come back to this beach again and I’m hoping next time it won’t be so cloudy and foggy. I can only imagine what the views are like on a clear day! 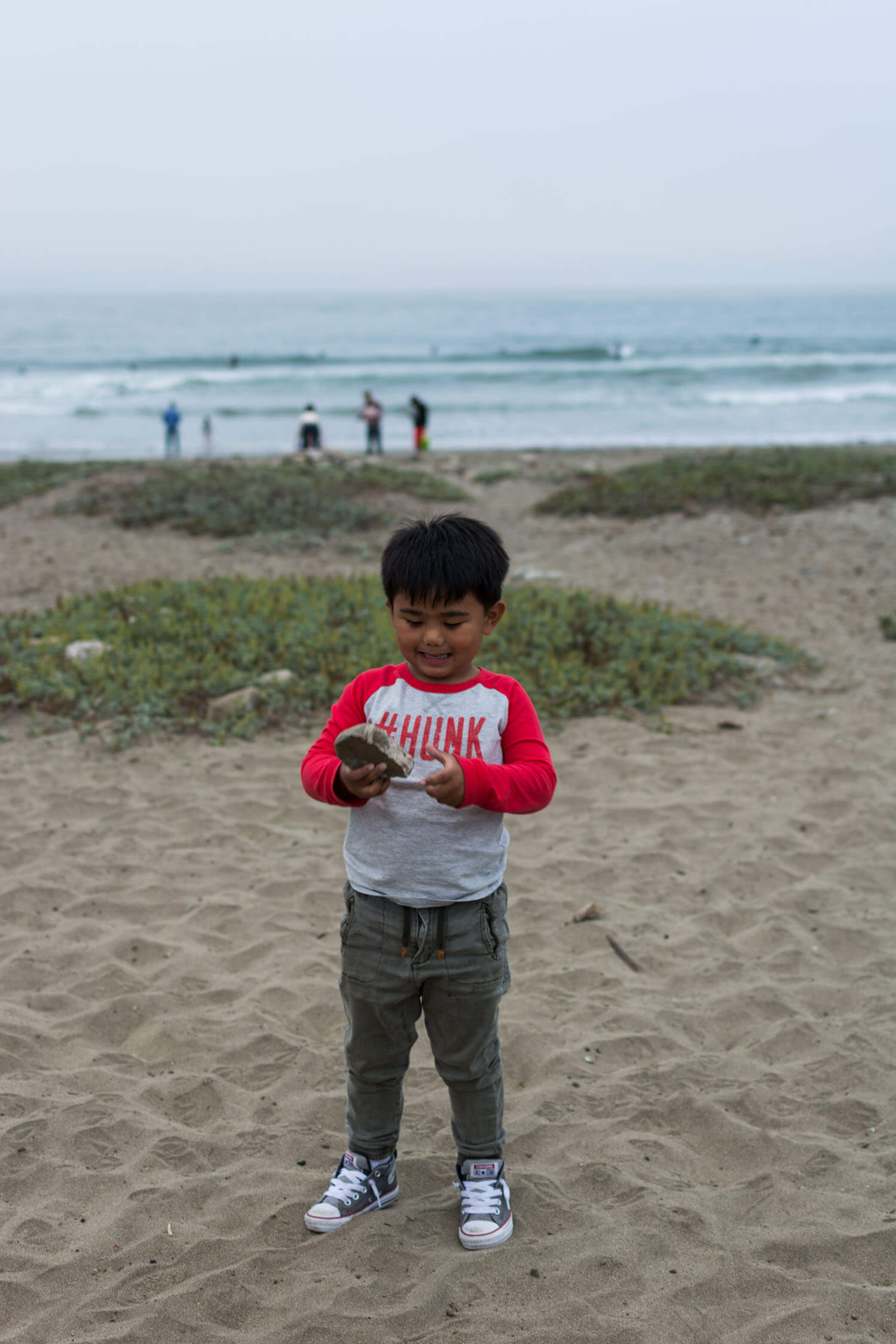 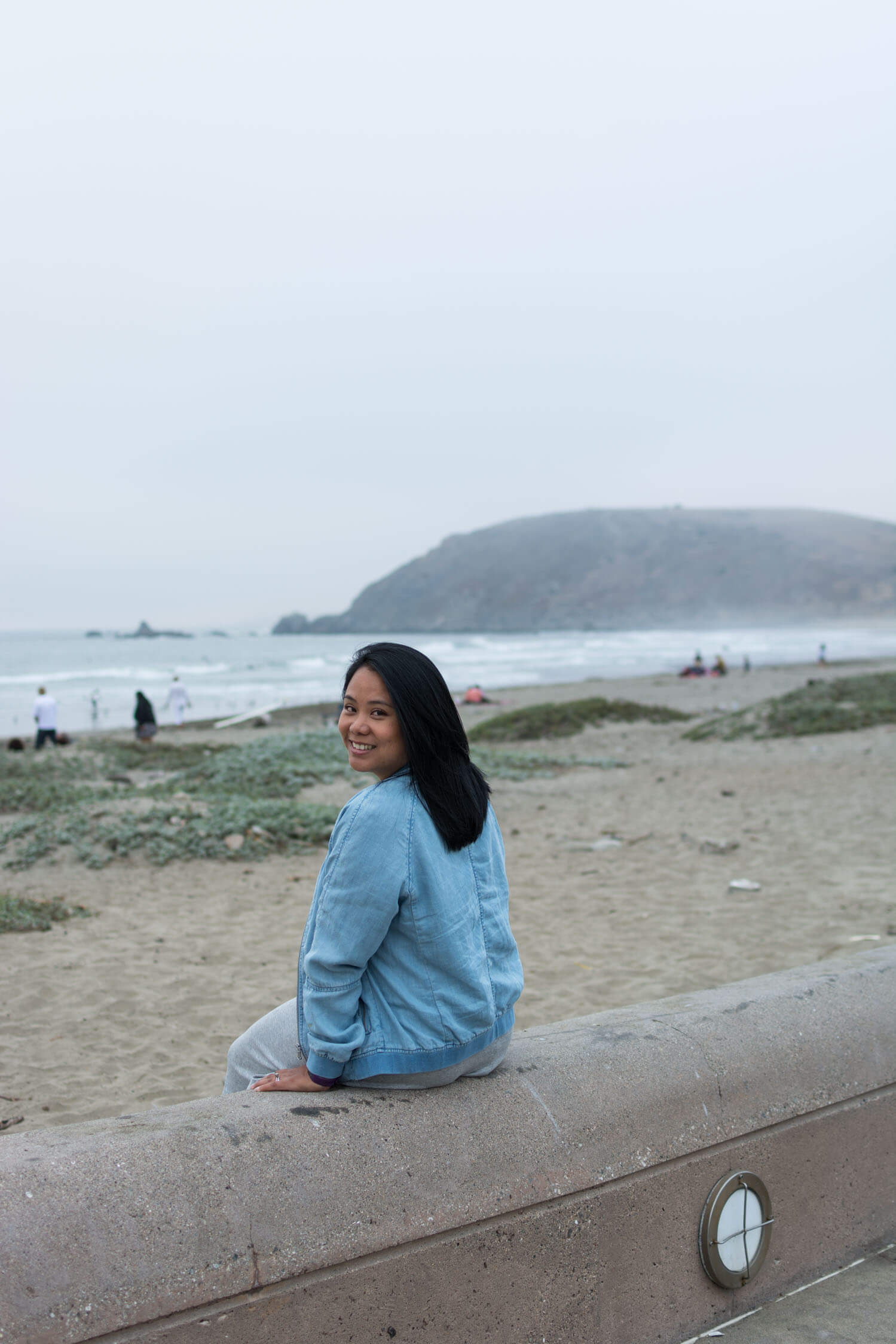 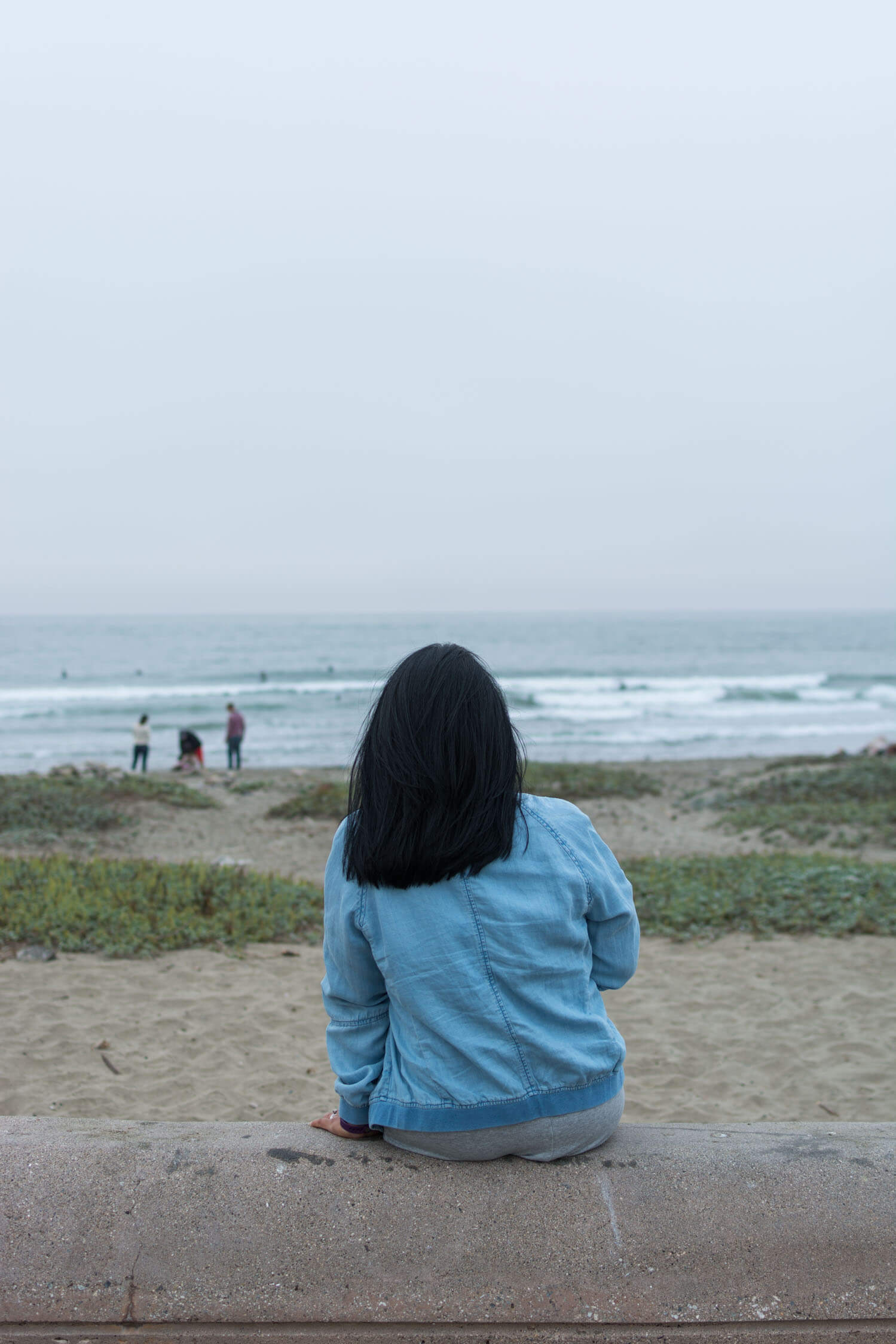 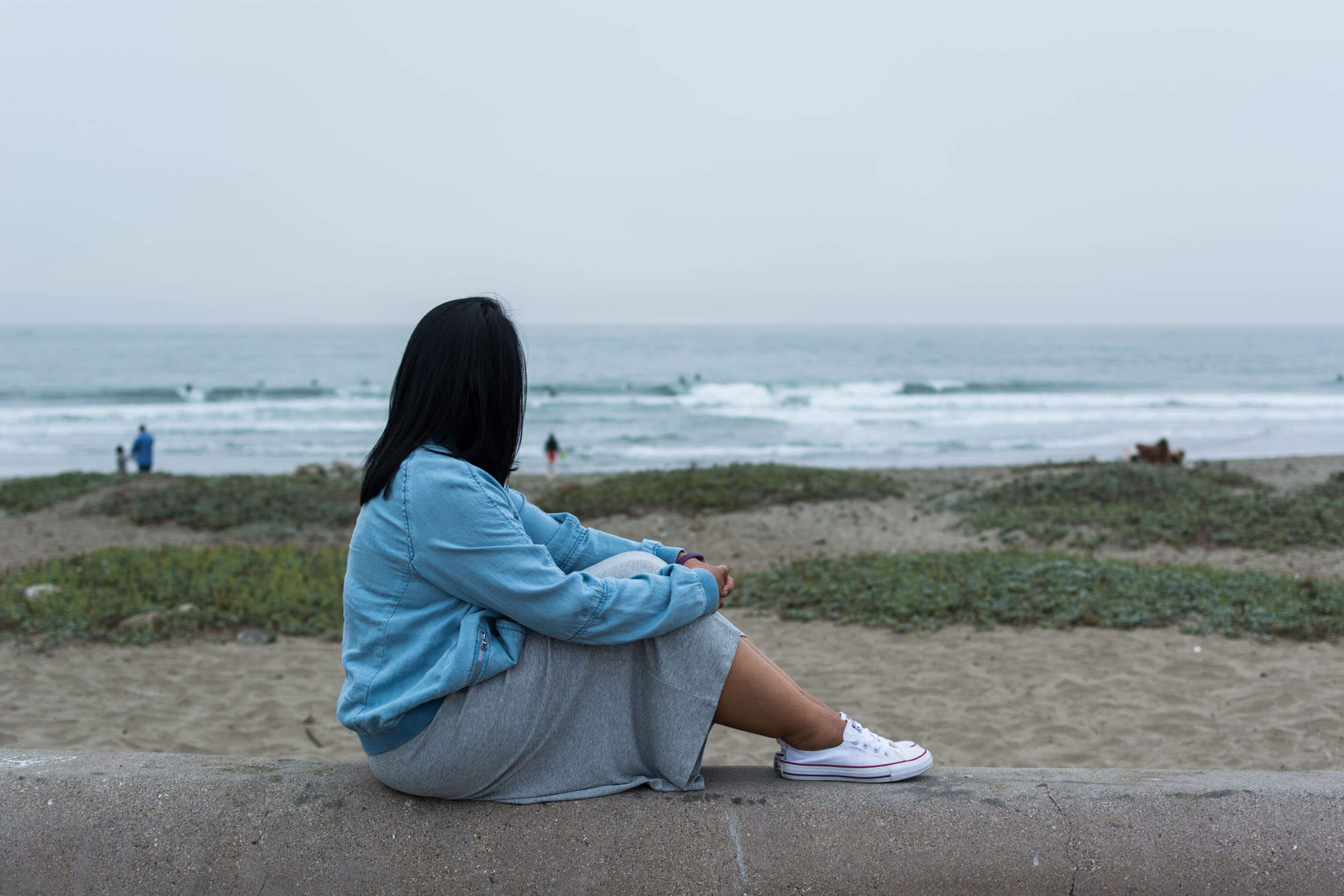 Success! Now check your email to confirm your subscription.

Thank you! Check your inbox for the confirmation email.

Welcome to Flashes of Delight. A creative outlet to express my love for family adventures, travel, fashion, food and all things delightful. I have two little ones who remind me to be the happiest I can each day. I hope you enjoy the little snippets of our life and that it inspires you to live your happiest too.
Read More…

Success! Now check your email to confirm your subscription.

You have Successfully Subscribed!